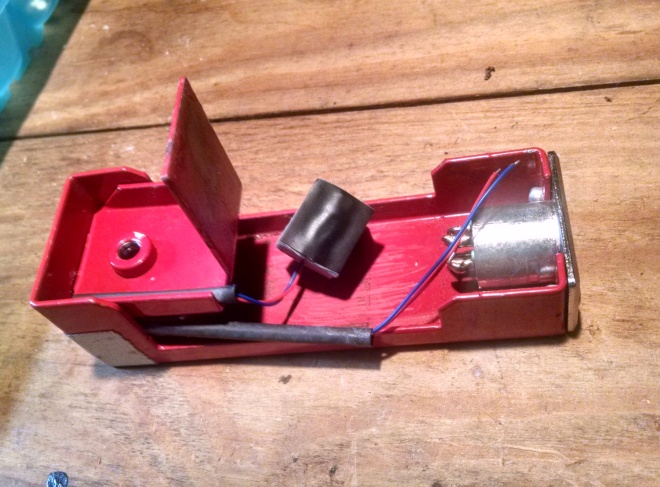 Sometime back in 2013, within the context of the eDrum and “The MPC-slab era” of  the PercussioNeuron, I decided it was not enough to just use acoustic triggers on my kick and snare (to send song-specific additional sounds to the PA), but then I wanted all 4 shells to get cybernetic shadows.

So I scored a set of dDrum triggers. The big ugly bulletproof red ones with the XLR connector. 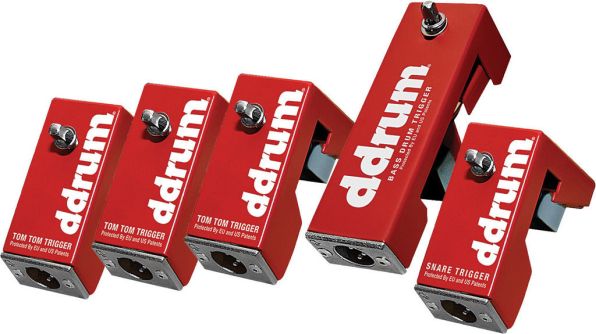 Whelp, after a year of abuse, the kick trigger stopped working.

First, we’er not dealing with the traditional piezo disk (common to Roland and other manufactureres) which can be part-ed at local Rat Shack (and hacked into acoustic pickups)

…we’re dealing with a specific match-stick piezo embedded medium density foam. Which I could only find: 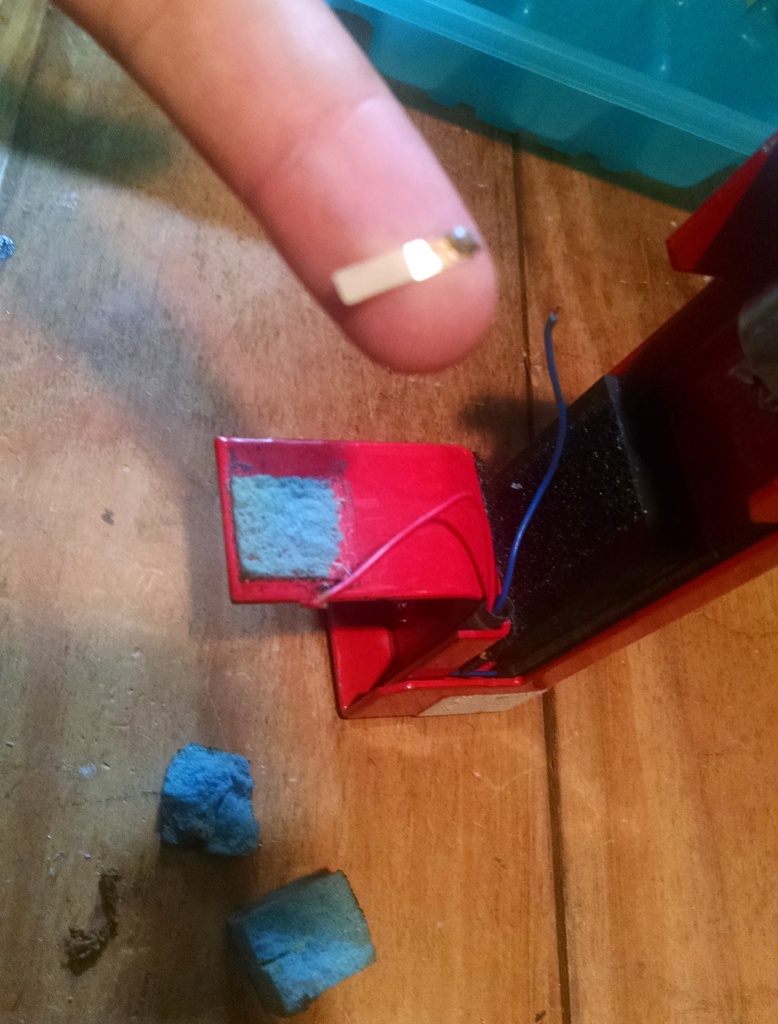 take apart the body, careful to preserve the wiring

Prep the surface for the new peizo, with scraping… 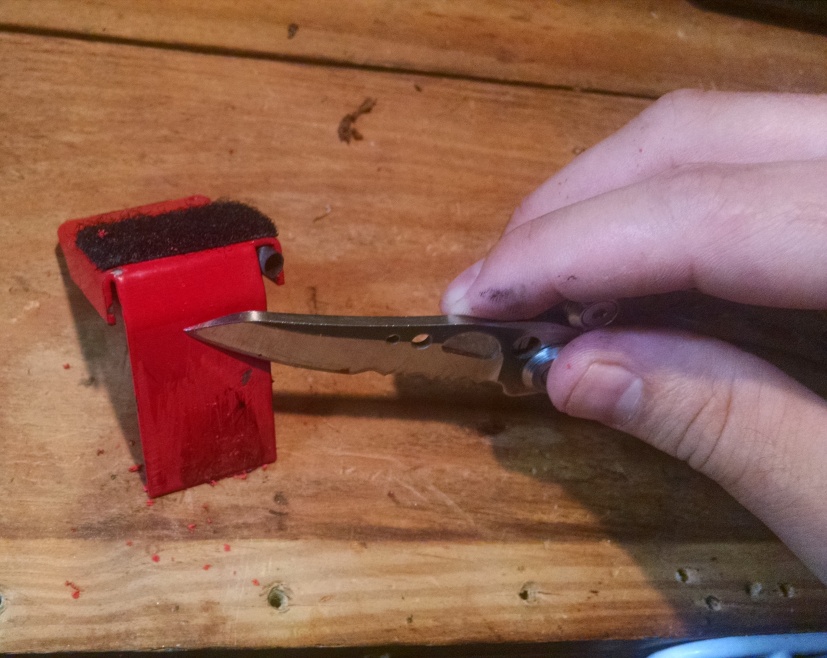 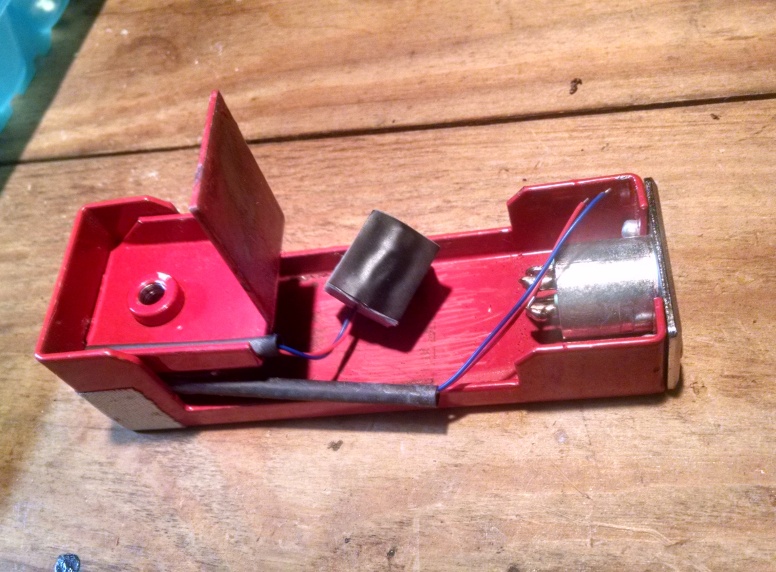 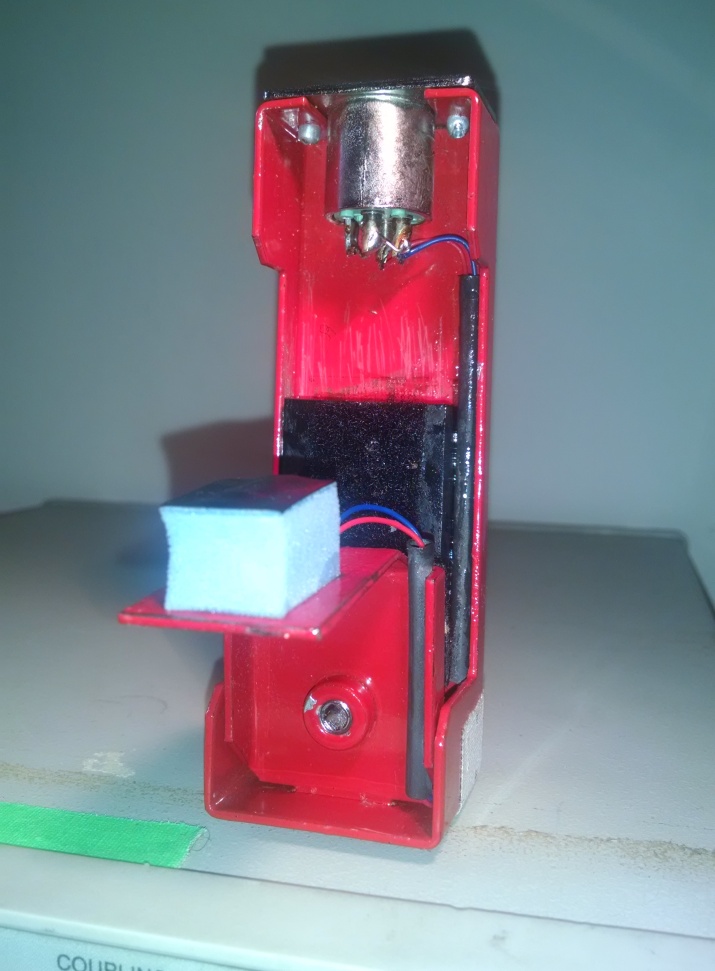